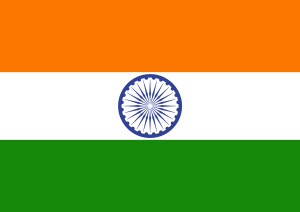 India’s Independence Day (15th August ) and Republic Day (26th January) are major milestone dates for every Indian, be they the citizens of India or Expats. We all reminiscent the old school days when we looked forward to these dates. I am not sure how much we understood the significance of these dates but the biscuits and candies we got , the shiny white school uniform we wore, the parades, the flag and that pride on every one’s face all made those 2 days very special.

I know the internet will flood with all the patriotic pictures, poems and articles. I was wondering what should I write or post and then the thought came why not write on the history and the significance of the flag. I know what the flag of my kids motherland means but do my kids know what my motherland flag signifies. Not to say we love both the countries flag and have a deep respect for each but to know a little about them is good, Right ??

The Top most “Saffron” color signifies Courage. The middle “White” signifies peace and Harmony. The Wheel in the “Navyblue” with 24 spikes called “Ashok Chakra” is  Also called wheel of Dharma , It signifies continuous progress  24 hours of the day. The “Green” Represents Land of agriculture hence prosperity and fertility. 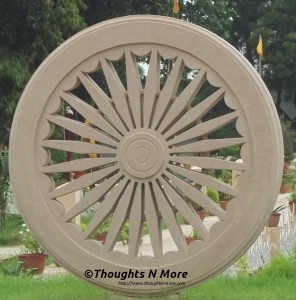 The Ashok Chakra was taken from Ashoka pillar in Sarnath. It was Part of Ashok Stambh (Ashoka pillar) that has 4 lions facing in different direction with wheels at the bottom. The four lions were adopted as India’s National emblem and Wheels were adopted in the National Flag. 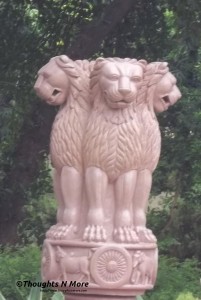 Ist Flag: was composed of three horizontal strips of red, yellow and green and said to have been hoisted on August 7, 1906, in the Parsee Bagan Square (Green Park) in Calcutta.

IInd Flag: was very similar to the first flag except that the top strip had only one lotus but seven stars denoting the Saptarishi; was hoisted in Paris by Madame Cama and her band of exiled revolutionaries in 1907 .

IIIrd Flag : had five red and four green horizontal strips arranged alternately, with seven stars in the saptarishi configuration super-imposed on them. In the left-hand top corner (the pole end) was the Union Jack. There was also a white crescent and star in one corner. Dr. Annie Besant and Lokmanya Tilak hoisted it during the Home rule movement in 1917.

IVth Flag : was made up of two colours-red and green-representing the two major communities i.e. Hindus and Muslims, prepared by an Andhra youth during the session of the All India Congress Committee which met at Bezwada in 1921 (now Vijayawada) took it to Gandhiji. Gandhiji suggested the addition of a white strip to represent the remaining communities of India and the spinning wheel to symbolise progress of the Nation.

Vth Flag : A resolution was passed in 1931 adopting a tricolor flag as our national flag. This flag, the forbear of the present one, was saffron, white and green with Mahatma Gandhi’s spinning wheel at the center. It was, however, clearly stated that it bore no communal significance and was to be interpreted thus.

On July 22, 1947, the Constituent Assembly adopted it as Free India National Flag. After the advent of Independence, the colours and their significance remained the same. Only the Dharma Charkha of Emperor Asoka was adopted in place of the spinning wheel as the emblem on the flag.

It’s an honour and pride to watch the Tiranga Unfurl and Flutter in the blue sky .